Into the wild by Jon Krakauer (Pan) 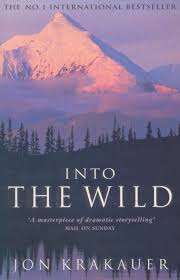 “Greetings from Fairbanks. This is the last you shall hear of  me Wayne”.

JON Krakauer wrote one of the great Everest books Into Thin Air, which I have not included here because it was written in 1997. This work is from the same time, originally published as a magazine article commissioned by the magazine Outside about a disappearance in 1992. Then Krakauer retraced the last months of his would-be vagabond hero for this book.

His style has the concision, the name checking of Truman Capote and the story more than a little of Modiano except we are in the netherlands, underneath the comfortable blanket of the American dream, armed only with a journal, a few postcards, a few reminiscences.

Chris, aka Alex, McCandless, college educated, from a good family,  renounces everything to live the life on the road, giving his savings to Oxfam, hopping freight trains, scoring mission beds. His dream is to travel to Alaska, inspired by his hero Jack London in tales like White Fang and Call of the Wild. But as the reporter in Krakauer points out, London was not perhaps the best of role models, killing himself at 40, “a fatuous drunk, obese and pathetic”.

But Alaska, it seems, “has always been a magnet for dreamers and misfits”.

Krakauer skilfully picks up this mystery and turns it into an exquisite examination of the psychology of taking risks in general, the quest for danger and the thin line between bravery and foolishness. On the way he manages to include a terrifying climb of his own and end on a detective story twist to boot.