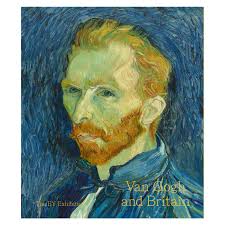 “I’m gradually beginning to turn into a true cosmopolitan, meaning not a Dutchman, Englishman or Frenchman, but simoply a man” Vincent Van Gogh February 9, 1874.

THIS  book goes with the brilliant exhibition at the Tate Britain, but sometimes a book is the superior medium for all this expertise. For a start it allows time for reflection and consideration and a chance to return to the subject over a few weeks, even months.  Yes, you don’t see the great paintings themselves, but like Van Gogh himself you get to keep etchings, sketches by way of a scrapbook for ideas.

Vincent Van Gogh is perhaps a special case, extremely well read, some hold that his letters, mostly to his brother Theo , are some of the best writing on art from anyone. As a dealer, before he was sacked, he had a first hand experience of handling prints which is how he learned. And his reputation is such that he has drawn here a level of expertise among the editors that is awesome. Here we see that the painting of night time in Arles has London connotations because, well, he had lived by the Thames for three years and seen different works by other artists, so the Cockney DNA was really there. Here is a journey where different experts guide you through where and how other works might have inspired the Van Gogh vision. There are more than 20 pages of notes and creditations at the back in small type, academia at its finest and most astonishing.

Illustrated books are always a team effort – designers, illustrators, experts in different fields have to come together as well as an author, and even a good illustrator. Here  we have one of the greatest artists of his century who still informs, is still topical but we go beyond the clichés of sunflowers, of chopping the ear, of madness and suicide. Van Gogh it is clear saw no difference between art and literature…the books on the table of his woman from Arlesienne is in fact Charles Dickens’ Hard Times, a favourite. Even the tiny brush strokes smack of writerly techniques more than painterly splodges.

There is an intersection of different planes of culture. The graphic artists who provided the illustrations to London’s The Graphic Portfolio, Punch and Illustrated London News were an inspiration. And these same printers were also working on illustrating editions of writers like Dickens and Eliot. And Van Gogh shamelessly took on other people’s ideas like Gustav Dore’s etching of prisoners walking around a cell block at Newgate which he re-imagined in vivid colours but followed the original to a point of exactitude. 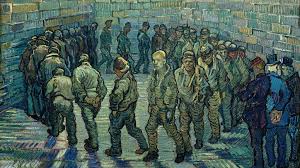 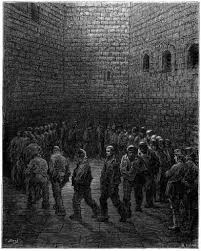 And we have scholarship in the array of writers here forensically picking apart his career – he would have seen this here, or that there. He learned this technique there.

Van Gogh was a very modern European, as he says in the opening quote, who spoke Flemish, English and French. He even ruminated on his own madness invoking great French writers who equated genius and madness. And he was a rebel, associating with the working man like miners, weavers.

“A weaver who must control and interweave many threads…so absorbed in his work that he does not think but acts, and feel how it can and must work out, “ he wrote in 1883.

Carol Jacobi is the editor with contributions from Martin Bailey, Anna Greatzner Robins, Ben Okri, Hattie Spires and Chris Stephens. Hats off to everyone for a book that manages to go beyond art and be a fitting work in its own right and sets the great painter against a backdrop of friends, colleagues and the writers that inspired him and drove him insane.

Words, words, words...
View all posts by drewsmith28 →
This entry was posted in 101greatreads, Biography and tagged van gogh. Bookmark the permalink.